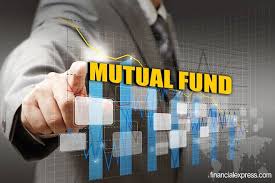 Unit Trust of India (UTI) was established in 1963 by an Act of Parliament. It was set up by the Reserve Bank of India and it continued to operate under the regulatory control of the RBI until the two were delinked in 1978 and the entire control was transferred in the hands of Industrial Development Bank of India (IDBI). UTI launched its first scheme in 1964 named as Unit Scheme 1964 (US-64) which attracted the largest number of investors in any single investment scheme over the years. Starting from this scheme, UTI enjoyed complete monopoly and became the biggest mutual fund of the country for these 23 long years up to 1964-87.

In 1987, Government of India permitted the Commercial Banks in the public sector to form subsidiaries that would perform the functions of mutual funds through the amendment of Banking Regulation Act, 1949 which earmarked as an end of an era of UTI as the sole participant in the mutual fund sector. A number of Commercial Banks in the public sector and insurance companies had launch mutual funds to mobilize the savings of the small investors. With the entry of public sector funds, there was a tremendous growth in the size of mutual fund industry with net resources mobilization.

Ever since, non-UTI funds came into existence in 1987, the exclusion of private sector was being widely criticized. As such, the mutual fund industry appeared poised for a phenomenal growth. However, at this juncture, the shocking revelation of the 1992 securities scam shook the investor confidence and forced SEBI to put all the forthcoming schemes of mutual funds on hold. Unexpectedly, the scam did not dissuade the government from throwing open this industry to the private sector. By December, 1993, thirteen companies in the private sector were permitted to launch mutual funds. With the entry of private sector funds in 1993, a new era started in the Indian mutual fund industry, giving the Indian investors a wider choice of fund families. In 1993 the first Mutual Fund regulation came into being under which all Mutual Funds, except UTI was to be registered. The Kothari Pioneer (now merged with Franklin Templeton) was the first private sector Mutual Fund registered in July 1993.

The Mutual Fund industry witnessed robust growth and strict regulations from SEBI after 1996. The mobilization of funds and the number of players operating in the industry reached new heights as investors started showing more interest in Mutual Funds. Investors’ interests were safe guarded by SEBI and the government offered tax benefit to the investors. In order to encourage them, SEBI (Mutual Funds) Regulations 1996 was introduced by SEBI that set uniform standards. The union budget in 1999 exempted all dividend incomes in the hands of investors from income tax. As part of these measures, SEBI issued standard offer documents and memoranda containing key information. The guidelines issued by RBI for Money Market Funds were incorporated in the SEBI Regulations. Various investor awareness programmers were launched during this phase both by SEBI and Association of Mutual Fund in India (AMFI).

This Phase was marked by very rapid growth of the Indian mutual fund industry & the market share of private sector mutual funds increased significantly crossing Rs.1.00 lakh crores. The tax break offered to mutual funds in 1999 created arbitrage opportunities for a number of institutional players. During this Phase, there was bifurcation of UTI in SUUTI (Specified Undertaking of the UTI) which was functioning under an administrator and under the rules framed by the Government of India and UTI Mutual Fund Ltd. sponsored by SBI.

I have tried to cover overall history of Mutual Fund as well as for India in last two Blogs. In the next blog, I will cover types of Mutual Fund Schemes.